The European Union Contest for Young Scientists is underway in Ireland 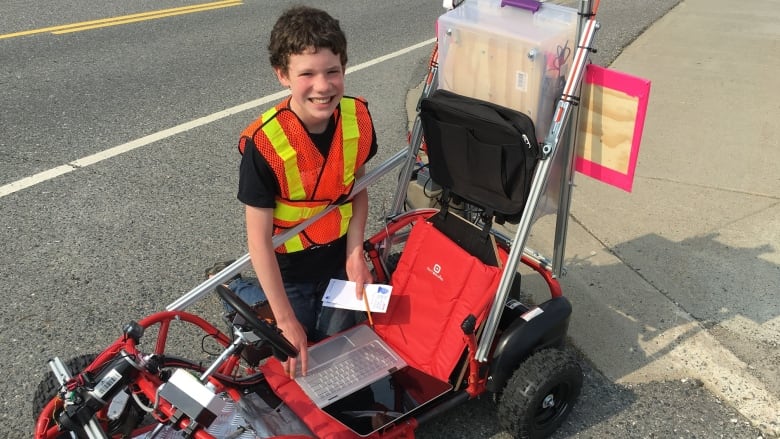 At age 14, Sudbury’s Brendon Matusch already has a long list of accomplishments.

He’s the youngest person to take the top prize at the 2018 Canada-wide Science fair with his self driving go-kart.

That project won the platinum award for the best intermediate project as well as the best project award.

In addition to a $2,500 prize, Matusch also won a fully funded trip to compete in the 2018 European Union Contest for Young Scientists in Dublin, Ireland. The event welcomes young scientists from Europe and select countries around the world who have won at the national level.

CBC’s Morning North spoke with Matusch before he left.

“To be quite honest, I really don’t know what to expect. I’m really excited to meet people from not just in Europe but all around the world.”

He adds he didn’t make too many changes to his project.

Morning North
Sudbury teen on his way to Dublin for the 2018 European Union Contest for Young Scientists
00:00 06:23

Brendon Matusch of Sudbury just took the top prize at the 2018 Canada-Wide Science Fair for his self-driving go-kart. Now he’s heading to Dublin to compete in the 2018 European Union Contest for Young Scientists. Not bad for someone who just turned 15. Our own Markus Schwabe had to chance to speak with him before he left for Dublin. 6:23

“I’m not really doing it too differently because it worked out pretty well so I’m not going to reinvent the wheel,” he said.

There’s a five hour time difference between Sudbury and Dublin, something Matusch has taken into consideration.

“I got up at 3 this morning just so I don’t have to deal with the time change,” he said.

“The science fair starts pretty much immediately after I show up. So I just do not want to have to deal with the jetlag in addition to the science fair.”